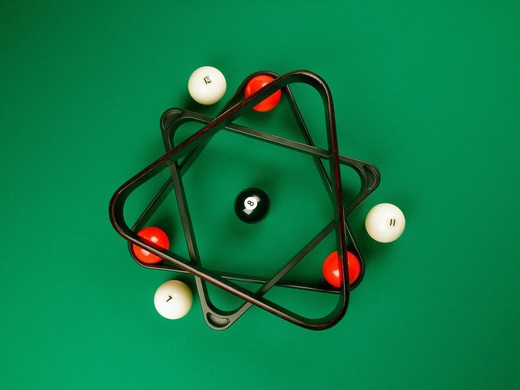 Saigon Pool League starts 24th August 2017, Bigger and Better than ever before

Saigon Pool League enters its eighth season with a revised line-up of teams and venues, but in even better shape than ever before. We welcome new venues in District 7, which include Speakeasy, Pitchers Bar & Grill and the new home of Thu's Pub, now called 2Bar. These have joined The Tavern as homes for our Pool Teams in District 7 after the sad closing of Harry Casual. Universal Bar also rejoined the League as a new 9-Ball Team, it's great to see them back, as it is to see O'Brien's back as a venue in District 1, now hosting the Premiership winning Sharkz team. Our other District 1 newcomer is The Pub on Pasteur, which is replacing Emergency Room as a venue after their closing. The size of area covered by the Saigon Pool League has also extended into District 5, where hotel and bar, The Common Room Project', has joined our ever growing list of venues and finally, in District 2, we now have Noi, a Mediterranean Bar & Restaurant, with a new Aileex table waiting for you.

The End of Season Presentation Night at Masse in District 1 was probably our biggest yet as once again, UK Professional Snooker Professional Jimmy White, entertained us with some fantastic Pool. We also saw three Cup competitions decided on the night including the Captain's Cup as well as the Singles Cup and Doubles Cup.

Our current sponsor was on hand, as Craig McAvinue from Offshore Investment Brokers (OIB) provided continued support this year's Saigon Pool League. There was a free beer behind the bar for those that attended and everyone seemed to have a great night.

We continue to have a jam-packed season that includes four 8-Ball Division titles, one 9-Ball Division title, plus the regular Singles and Doubles Competitions, a fixture line-up that will take us over the Christmas period and up to the Tet holidays in 2018.

The Premiership format remains the same this season, but due to the strength of some of the new teams, the Championship has been split into two geographical sub-divisions, covering South & East Saigon (District 7 and District 2) and Central & West (District 1 and District 5). Subsequently, the Championship will have a play-off format to end the season. More details can be found on the Championship Division pages. The Social Division has been reduced to one Division and has a new playing format on the night. This includes a Team Killer match to conclude the night.

There is a continuing reminder that the Saigon Pool League is 'a beer league', with the emphasis on selecting a team where drinking beer and having fun are the centre of our Pool Nights, before choosing a suitable transport method home.

We have also tightened up on our Bar Agreement with penalties for late cancellation and forfeiture of matches, so please look at them thoroughly.

Rules Boards must continue to be displayed at all Saigon Pool League venues.

For more information, please don't hesitate to contact the league on saigonpoolleague@gmail.com or by using our contact form here.