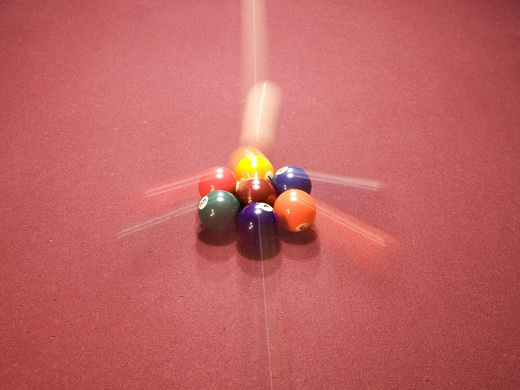 The Championship Races Are Alive And Kicking!

The final two weeks of the Championship are ahead with so much to play for and so much at stake.

The Saigon Pool League has once again been a huge success, no more so than a fiercely fought Championship, which was run in a series of Regular Season and Playoffs for the first time, to create 16 weeks of high tension.

Rising to the higher echelons during the Regular Season were teams from Masse, Buddha Bar, Noi Restaurant & Bar, Dailos, The Common Room Project and The Tavern. Two of those that have been in dominant form for most of the season, where Masse M&M's and Noi-Z, who led both their respective Regular Championship Divisions before facing off in their Championship Super 6 head-to-heads in the run up to the Christmas break. Noi-Z drew first blood, drawing out a 10-6 victory, but this only fueled the Masse team to bring every gun to the return match, where Masse were easy victors, 12-4. Noi-Z will now be hard pressed to get back on even terms although they are just three points behind with a game in hand.

Chasing Noi-Z are the The Commoners, hidden in their 4th place spot, but lurking like a barracuda ready to strike in their last two matches. A win from the Commoners against Noi-Z in Week 15 will put them level on points with Noi-Z, but ahead on head-to-head results, snatching the remaining promotion spot. Then the Commoners final match against the Buddha Bar Elites in Week 16 could finish both Noi-Z and the Buddha Elite's aspirations for Premiership status in a final strike, leaving both District 2 teams to fight another Championship season in 2018.

The team that will ultimately decide Masse M&M's fate will be The Tavern Assassins, who will be hoping to meet a debilitated Masse team in their last match of the season, but they also have a mathematical chance of finishing second with their superior head-to-head advantage against the Commoners. It's highly unlikely, but if any team is up to the challenge, The Assassins are definitely that team.

Like The Commoners in the Super 6, 4th placed Orient Outlaws are clinging on to mathematical improbabilities for a Cup win, but also looking over their shoulder at relegation. In their final two they face both Pitchers Nine-Seven and the Speakeasy Gigolos, who lay below them in the Relegation Zone. Two wins for the Outlaws sees them on 17 points, asking questions of both the Pub Motley Cue and The Drunken Duck, who will need at least one win out of the final two to challenge for the trophy themselves. Outlaw losses to Pitchers and Speakeasy could see the Outlaws in the drop zone themselves, so they will not be taking either fixture lightly.

The Motley Cue and The Drunken Duck are tied on 14 points with only the head-to-head results placing the Motley Cue in top spot. The Motley Cues and The Drunken Duck will also be looking at their respective Pitchers Nine-Seven and the Speakeasy Gigolos fixtures for a bankable three points to strengthen their positions, but they both have to face the Australian fly in the ointment, Liver Failure, that could scupper them both in Weeks 15 and 16 if recent form is to be believed. Liver Failure will be in their element for sure, and after a lack luster start, they will delight in spoiling everyone's season with a strong finish and a hand on the cup, but only if they can win both fixtures.

The Saigon Pool League remains as exciting as ever and the dramatic end to 2017 Season 2 will be one to keep a keen eye on.

LIVE latest scores can be found on the Saigon Pool League website www.saigonpoolleague.com on match nights. Bookmark it for all the latest news or subscribe by clicking this LINK.