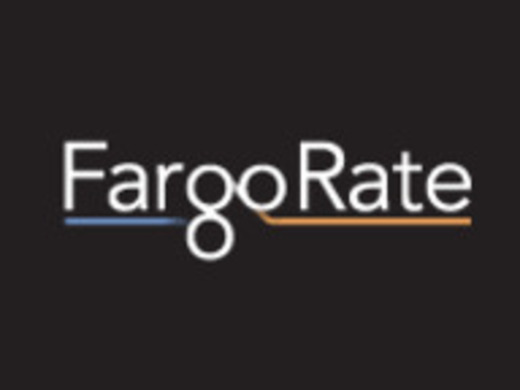 Fargo Rate is one of World Pool’s, global, player ranking systems. It is used in World Pool Leagues and Competitions, including Leagues like the USAPL. Many competitions use the Fargo Rate system to provide a balancing tool in ‘Race to’ competitions.

Fargo Ratings are as useful for handicapping a small-town league as they are determining top players by country. To achieve its vision of a new era for pocket billiards in which all players everywhere are connected, FargoRate has created a league management system called FargoRate LMS that is available for use by all leagues.

It is a ‘live’ ranking system, that updates in real time, in those leagues and competitions that subscribe to the Fargo system ($15 per year per player).

What is the SPL Doing with Fargo Rate?

Every player that subscribes to the Fargo Rating System enters the system with a ‘Starter Rating’. Over the last 4 months, the League Admin has been working on a project to establish a sound ‘Starter Rating’. This is an upgrade from the ‘Starter Rating’ that was posted at the beginning of the 2020 Season 1 that was based on limited data. The revised Fargo Starter Ratings are built on a player’s playing record over the previous 12 seasons, taking the latest 75 results in 8-Ball as a key indicator.

The Fargo algorithm for adjusting or calculating the rate is a proprietary secret, so the calculations we have generated are working on the best reasoning we can establish, based on some reference data from a previous member that has an official Fargo Rate themselves. All organisations joining Fargo, must go through the same process.

SPL Starter Ratings will be updated for all players with playing records up to 19th January 2020 by the end of July and the data from Season 1 2020 will be added into the data, so that we can provide a revised Fargo Rating for Season 2 by the end of August 2020.

Fargo Rates are not linear, so differences in win rate percentages do not directly translate into a linear rise in a player’s rating.

Think of every match as having 100 points up for grabs, with each player ‘starting’ with 50 points each. Now the winning player ‘steals’ some of those 50 points from the losing player. However, and this is the part that makes it a handicap league, the number of points ‘stolen’ depends on the relative strength of the two players. So if you lose against somebody rated a lot better than you, you wouldn’t have as many of your 50 points ‘stolen’ from you.

Let’s look at an example of how it works:

Let’s take a “20-80” match-up. This is a game where the difference in the Fargo ratings between the two players is exactly 200 Fargo Points. This equates to the weaker player having a 20% chance of victory and the stronger player an 80% chance of victory. (See separate table already issued showing Fargo differences and % win chances).

The Maths here ensures an expected (i.e. average) return of 50 points to all players who play to their Fargo level.

Those of you interested in the Maths used to calculate the above here it is:

A few points about this system:

After Week 5 of this season, it is our intention is to use the above Fargo League Points system to update individual Fargo Player Ratings using the Fargo League Points accrued as a guide. Fargo Ratings should be subject to occasional updates as should any player rating system in any sport. We felt it best to do this at the midway point of the ‘regular’ season, so this would be after 5 matches in the Premier League and Championship and after 9 matches in the Social division. At this point all teams have played all other teams in their division once, so this seems fair. It would then be done again at the end of the ‘Regular Season’. We are working on the formula for these updates, but it is likely to be related to the Fargo League Points a player accumulates per frame. Over 50 FLP per frame played will see your rating rise and below 50 FLP per frame played will see your rating fall. 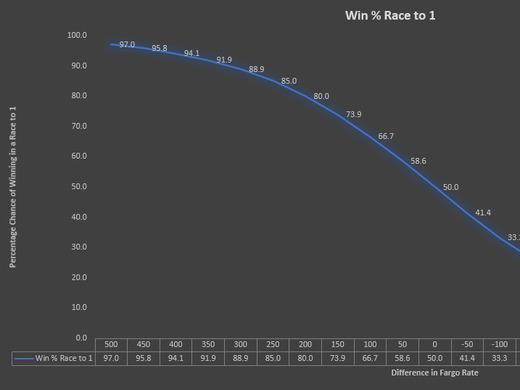